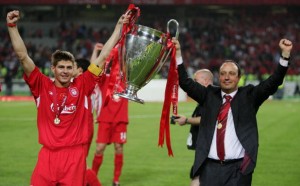 Liverpool came close to a maiden Premier League title in 2009, but their season was overshadowed by Rafael Benitez’s outspoken criticism of Manchester United boss Sir Alex Ferguson. Experts suggested the Spaniard was “cracking” under the pressure of an ultimately unsuccessful title bid. He also proved an unpopular appointment at Chelsea in 2012.