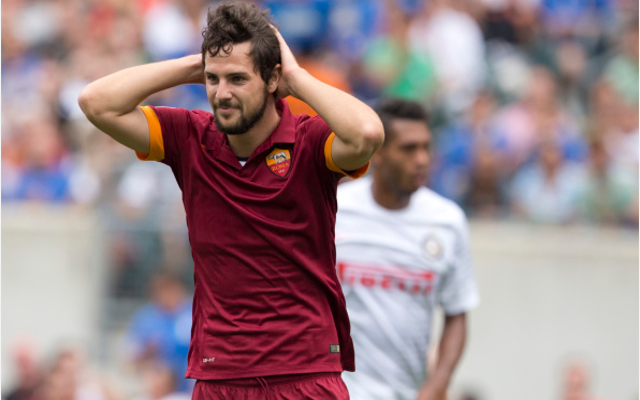 Chelsea are reportedly in talks to sign AS Roma forward Mattia Destro according to the Daily Star.

The 23 year old Italian international is apparently the subject of growing interest with the player’s agent stating that Jose Mourinho is an admirer of his client;

“I cannot deny he is at the centre of some important situations that could develop,”

“More Milan or Chelsea? The market is unpredictable. These are two interested clubs.

Destro may well be considering his future at the Stadio Olimpico and would certainly be looking to play a more prominent role in Rudi Garcia’s plan in 2014/15 than he did last term.

Chelsea brought in Atletico Madrid’s Diego Costa but also offloaded Demba Ba and released Samuel Eto’o and given that Fernando Torres continues to struggle in front of goal one can see why Jose Mourinho would be considering a further striker signing this summer.