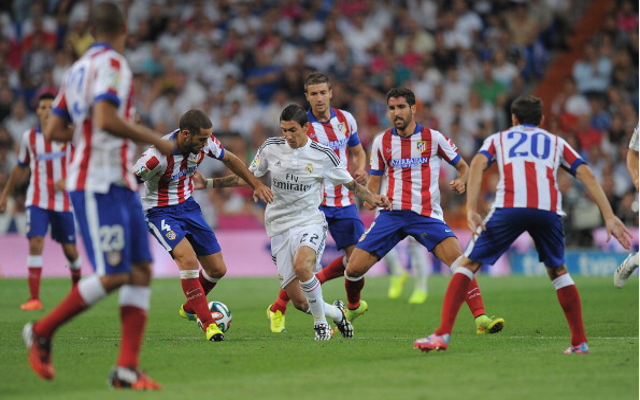 Old Trafford side to fork out stunning sum to bring in Bernabeu star.

Man United are set to fork out a massive £153m in their deal to bring in Real Madrid winger Angel di Maria according to Goal.com.

It is perhaps a sign of Louis van Gaal’s desperation to bring in a ‘Marquee’ signing to help in his pursuit of success that he has persuaded his Old Trafford side’s money men to spend such a huge sum, though one wonders if the 26 year old Argentine can ever hope to justify such an outlay.

Bernabeu boss Carlo Ancelotti has confirmed a deal is set to take place and will help the Spanish Giants to balance the books after their signings of World Cup stars James Rodriguez, Toni Kroos and Keylor Navas from AS Monaco, Bayern Munich and Levante respectively.

All of this brings the total outlay to £153m.

Di Maria is a quality player but the amount Man United are willing to pay for his services says more about the Premier League side’s desire to erase the memory of last term’s horrific seventh place finish than it does about the Real Madrid attacker.

Man United will reportedly close the deal to make di Maria their fourth high-profile signing of the summer within the next 48 hours.