New signings that are struggling to perform, or even get in the team…

Every football purist will tell you that it is too early to judge a new signing for their performances. We after all just two weeks into the new Premier League season.

But that fact doesn’t stop the pressure beginning to mount on some big-money buys who might be under performing, or may not have even managed to make the team thus far.

Alexis Sanchez, Arsenal’s £35m summer signing from Barcelona, was substituted at half-time in his team’s game with Everton yesterday – and fans are beginning to show their concerns over the Chilean’s under-par displays. Here is a list of ten new arrivals who will already be looking to improve: 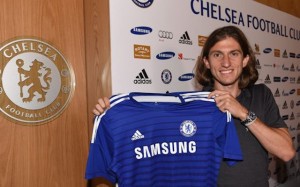 The Brazilian left-back, a summer acquisition from Atletico Madrid, was billed as one of the best full-backs in Europe, but has been left on the bench for his team’s first two games, and needs to win his place from Cesar Azpilicueta.