Strong-looking Spurs team if they land their top targets.

Tottenham Hotspur could be set to complete three more exciting transfer deals before the end of the summer transfer window, with major additions in defence, midfield and attack expected at White Hart Lane.

The north London side have already made astute purchases so far this summer, with new manager Mauricio Pochettino mainly strengthening at the back with the arrivals of Eric Dier and Ben Davies, though he could still enhance his options in that area even further.

The Argentine coach is also hoping to make a raid on his old club Southampton to improve his options in the middle of the park, while Emmanuel Adebayor could have a new partner upfront, possibly on loan or in a potential £15m move.

See below for how Tottenham could line up if they land all of their main targets between now and the end of the month: 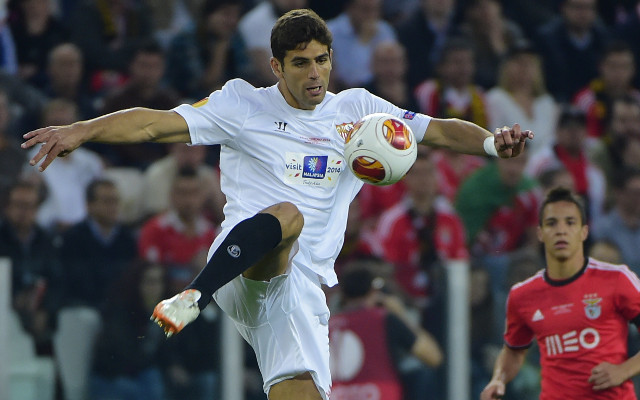 With speculation hotting up that Sevilla centre-back and captain Federico Fazio is closing in on an £8m move to Tottenham, Pochettino could have an even stronger looking back four in his quest to lead Spurs to a top four place this season. The experienced Argentine has also been linked with the likes of Barcelona this summer and will become one of the most solid defenders in the Premier League if he can maintain the solid form he has shown in La Liga down the years.