Arsenal boss Arsene Wenger will hope to complete a deal to sign Man United striker Danny Welbeck within the next 48 hours.

The Gunners are ready to meet the Old Trafford side’s valuation and Louis van Gaal is keen to offload a number of his expansive squad having completed the big money signing of Angel di Maria.

The 23 year old England international has been told he can leave Man United and was already a player Wenger had his eye on and is eager to push through a deal following news of the severity of the foot injury suffered by French forward Olivier Giroud.

The Arsenal star could be out for as long as three months and with Alexis Sanchez adjusting to life in the Premier League the north London side’s options in the final third are beginning to look thin on the ground.

German international Lukas Podolski had been expected to leave but his move to Juventus has been shelved but winger Theo Walcott is still to sidelined with an anterior cruciate ligament injury suffered in January.

This would leave Wenger having to rely heavily on young pair Yaya Sanogo and Joel Campbell, neither of whom have much Premier League experience. 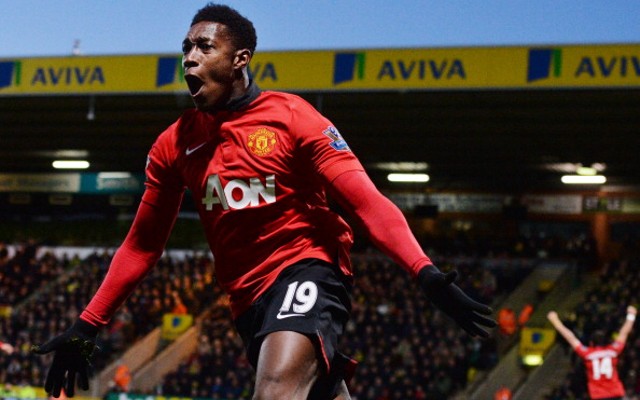 Welbeck had his best season to date last term, netting nine goals in 25 Premier League appearances, of which ten were from the bench. The versatile Man United man can be used in a wide role or in a central striking berth and has the potential to improve.

Having represented his hometown club since the age of ten it’s clear a move away from Man United would be a wrench for Welbeck but he is said to be open to a move to the capital and will be tempted by the Champions League football on offer at the Emirates Stadium.

Arsenal are to offer £12m for Welbeck and want a deal struck within 48 hours so as to have the attacker available for weekend action.

Indeed Welbeck may indeed wait until the resolution of Arsenal’s Champions League qualifying second leg encounter with Bestikas on Wednesday night before accepting any potential move.