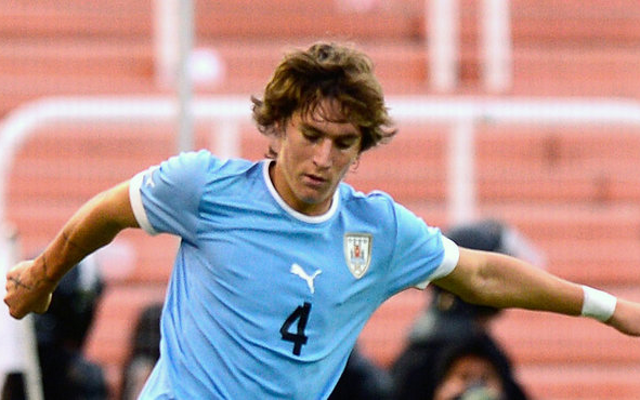 Manchester United are on the verge of completing a British record transfer deal, with Real Madrid’s superstar winger Angel de Maria close to finalising a £59.3m move to Old Trafford…

Interestingly though, it appears that the business between the two European behemoths will not end there, with Los Blancos wanting to sign United’s young defender Guillermo Varela once the di Maria deal is done, reports the Daily Mail.

Varela is a 21-year-old Uruguayan right-back, and was the first player signed during David Moyes’ short and unsuccessful tenure in charge.

Real Madrid manager Carlo Ancelotti admires the young South American, and the plan is to bring him in to play for Castilla, Real Madrid’s ‘B’ side – with the hope that he develops into a first-team player eventually. Varela could move initially on loan to Spain, with Los Blancos paying £4m to make the deal permanent if the fullback sufficiently impresses during the 2014/15 campaign.

The former Penarol man has yet to make a single appearance for the United first-team since arriving last summer.