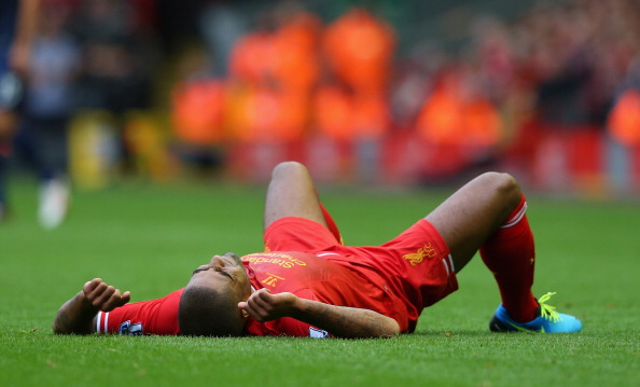 It’s probably fair to say that England fullback Glen Johnson has not been at a top level for some time now, but if his performance against Manchester City on Monday evening was anything to go by, his best days are way, way behind him…

As a result of his shoddy defensive display during the 3-1 loss, Liverpool fans took to Twitter to barrage the defender with abuse, and this Vine was even released by a set of fans actively celebrating manager Brendan Rodgers announcing Johnson’s thigh strain.