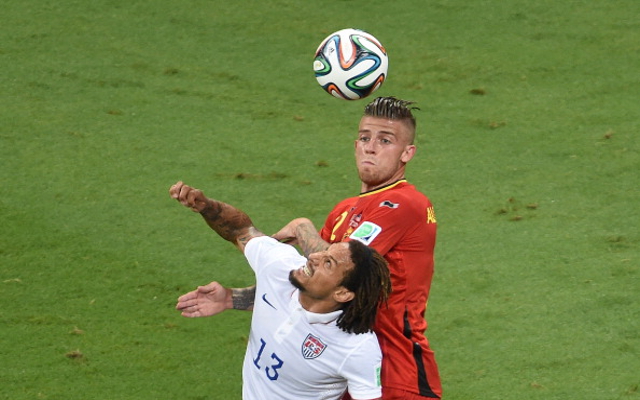 Arsenal have reportedly reached an agreement with Atletico Madrid to sign defender Toby Alderweireld according to CalcioMercato reporter Nicolò Schira.

#Arsenal, There is agreement with #AtleticoMadrid for Toby #Alderweireld. #AFC

The 25 year old Belgian international has struggled to make an impact since moving to the Vicente Calderon last summer, making just 12 La Liga appearances as Diego Simeone’s side romped to a surprise domestic title triumph, and may well be open to a move to the Emirates Stadium.

Prior to moving to the Spanish capital Alderweireld had been a regular in an Ajax side he represented since the age of 15, racking up 186 appearances for the Amsterdam side and helping the Dutch giants to three Eredivisie titles.

Alderweireld may be the ideal man to replace his national team colleague, and former Ajax team-mate, Thomas Vermaelen following his move to Barcelona.

The Atletico Madrid man can play at right-back whilst also offering Wenger a back-up central defensive option to Per Mertesacker and Laurent Koscielny.