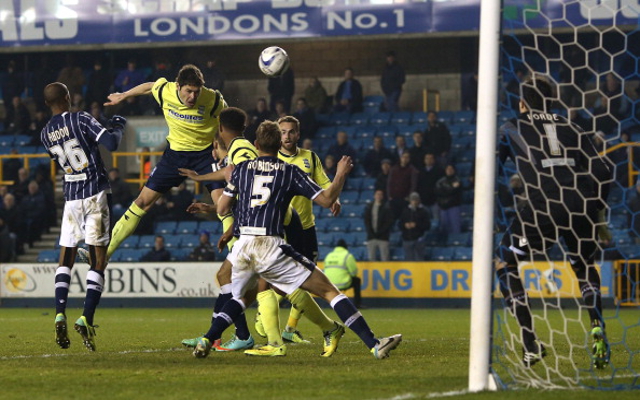 Arsenal are reportedly looking to sign free agent Nickola Zigic according to a crazy report from the Daily Mirror.

Arsene Wenger is apparently ready to offer the 33 year old Serbian a contract as he seeks to resolve his striker crisis and the former Birmingham City man is scheduled for a medical today.

Arsenal fans will remember the lanky forward from the 2011 Carling Cup final with the 6ft 7in marksman heading in the opener in his side’s famous victory over the north London side.

Zigic spent four seasons at St Andrew’s and is out of contract since the end of last term but the possibility of the former Valencia and Red Star Belgrade man ending up at Arsenal is hard to fathom.

Wenger has seen Olivier Giroud ruled out for three months with a fractured foot but whilst the French boss would look to sign a forward any move to bring in Zigic would be frankly insane.

Nikola Zigic made 148 appearances for Birmingham City and racked up just 36 goals, most of which were at Championship level.