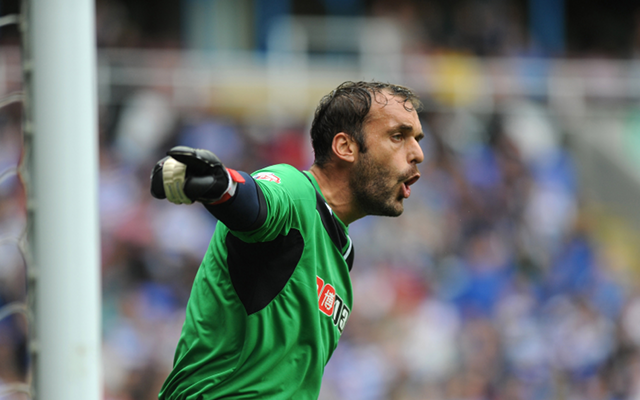 Spanish custodian to retire from football at the age of 37.

The veteran Spaniard, who has spent the past two seasons as the first-choice goalkeeper for Watford, was set to join Italian side Cagliari on a free transfer earlier this month. However, the move ultimately broke down after he failed a medical.

At the time, the club were said to have serious concerns over his condition. Cagliari have since confirmed that during the medical, Almunia was found to have a heart defect.

“He has been diagnosed with apical hypertrophic cardiomyopathy, evidenced in the first visits to Cagliari and certificated in Padoa, after a magnetic scan,” explained the Cagliari club president, Tommaso Giulini.

“It is a condition which can be dangerous and, without due caution, it could cause a sudden death.”

Following the deaths of players like Antonio Puerta and Piermario Morosini, as well as the on-field collapse of Fabrice Muamba, the football community as a whole has placed an extra focus on heart problems. As a result, it is unlikely a professional club will take a chance on the goalkeeper’s health and, it appears, Manuel Almunia’s career is over.

Almunia began his playing career at Spanish side Osasuna, where he served as a backup goalkeeper. He went on to enjoy short-term spells at a number of other clubs, including Celta Vigo and Albacete, but his big break came after being brought to England by Arsenal manager, Arsene Wenger.

Initially serving as backup to Jens Lehmann, Almunia made a substitute appearance in the 2006 UEFA Champions League final, before becoming Arsenal’s first-choice goalkeeper between 2008 and 2010.

However, after losing his place in the team, he moved to West Ham on a short-term loan, before joining Watford in the Championship on a permanent basis.

The highlight of his time at Watford came during the 2013 Playoff semi-final second leg, where he helped the team to overcome Leicester City.

In injury time, with his side trailing on aggregate, Almunia produced a spectacular double save from an Anthony Knockaert penalty. Watford subsequently launched a counter-attack and Troy Deeney scored to put Watford into the final.