Liverpool completed the signing of controversial Italian striker Mario Balotelli yesterday, with the Reds paying out around £16m to take the player from AC Milan.

Opinion has been split thus far as to whether that price represents excellent value for money, or whether the on and off field issues that have plagued the early years of the forward’s career mean that his signing will turn out to be a huge mistake.

While many players that have moved in this transfer window have been accused of having inflated price tags, there have been plenty of Premier League bargains as well. Click through our top ten to see where Balotelli ranks: 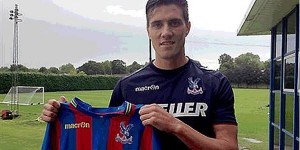 Kelly moved from Liverpool to Palace for around £1.5m this summer, after finding himself well down the pecking order at Anfield. Putting aside his recent injury problems, he still has the potential to be an excellent player – he was well liked at his previous club, and was part of England’s Euro 2012 squad before his issues stalled his development.