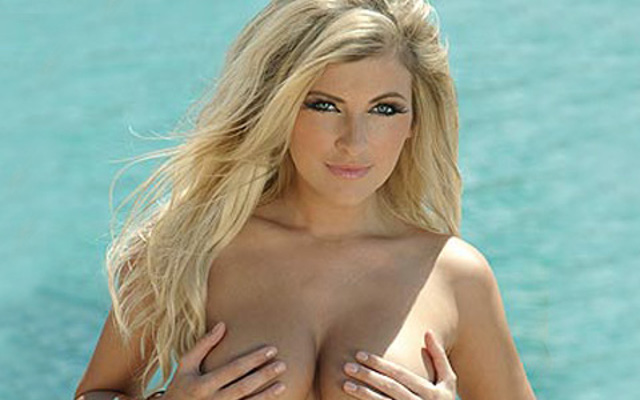 The page 3 model and Manchester United WAG got the soaking after being nominated by Dani Lawrence, who is the fiancee of Liverpool goalkeeper Brad Jones.