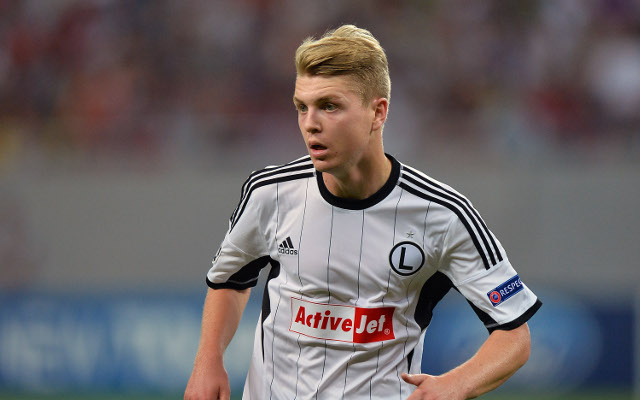 Polish champions Legia Warsaw were left furious when they were expelled from the Champions League for fielding in an ineligible player in their 6-1 qualifying victory over Celtic, with their fans making their anger clear during this evening’s Europa League tie against Kazakh outfit FK Aktobe.

The Legia supporters displayed a stunning banner showing their anger and contempt at UEFA. With Henning Berg’s side well placed to beat Aktobe, they could yet be set for a grudge match against Celtic in the competition’s group stages after Ronny Deila’s side were dumped out of the Champions League by Slovenian champions Maribor.