Carragher shows he can be quite witty on social media.

Ex-Liverpool defender Jamie Carragher has forged a new career for himself on Sky Sports’ Monday Night Football and now the Englishman is taking to Twitter in a big way as well.

As is the case with most high profile names in football Carragher is the subject of plenty of trolling on social media, but showed that he could respond to it with humour this week.

Here is best of the 36-year-old’s tweets:

.@tariq_12 don’t have to go back to the Etihad in the league this season?!!

.@SimonHigby @LFC you forgot someone?!! 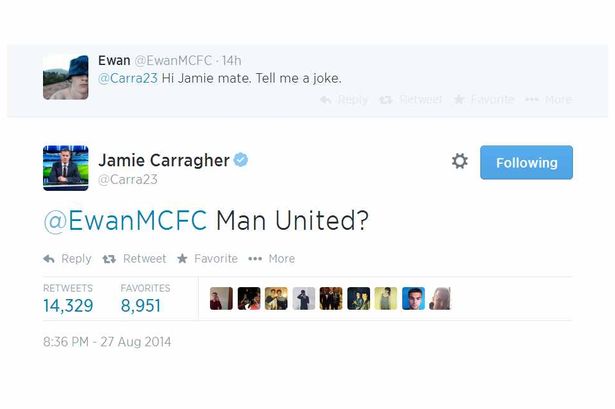 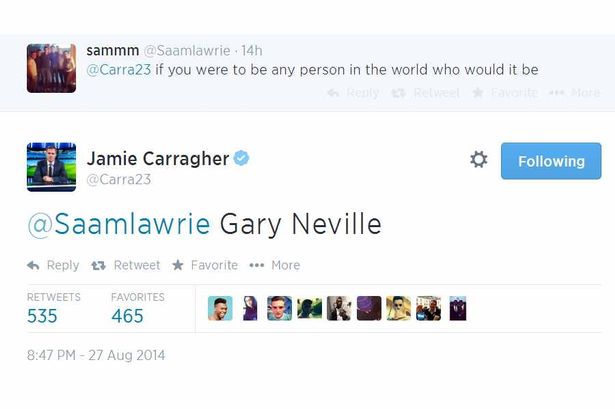 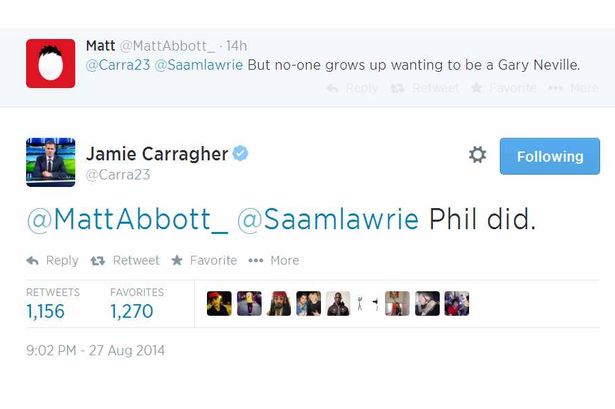 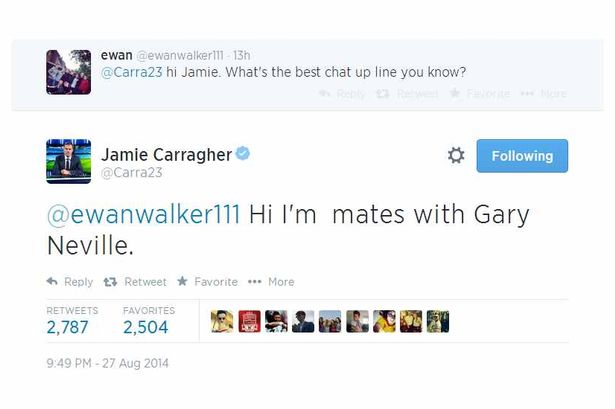 Carragher is a pundit alongside Manchester United legend Gary Neville on Sky Sports and the pair are often taking friendly digs at each other.

As players the two were rarely described as close, but since heading into punditry together the Englishmen are highly revered for their in-depth analysis and on-screen rapport.

Carragher retired from football at the end of the 2012/13 season following 17 years in the Reds first team, during which time he played 704 times for the club and won two FA Cups, three League Cups and the Champions League.