Old Trafford side set for renewed push in the transfer window before it closes next Monday night.

This summer has already proven an expensive one for a Man United side desperate to turn their ship around after a disastrous spell during David Moyes’s time at the helm and new manager Louis van Gaal has been well backed in the transfer market but his work in this regard may not be done yet.

The Old Trafford side have already signed Ander Herrera (£29m), Luke Shaw (£27m), Marcos Rojo (£16m) and Angel di Maria (£59.7m), which brings the Premier League side’s spending to a whopping £129m but there are three other players who could still be brought in before the transfer window slams shut on Monday night. 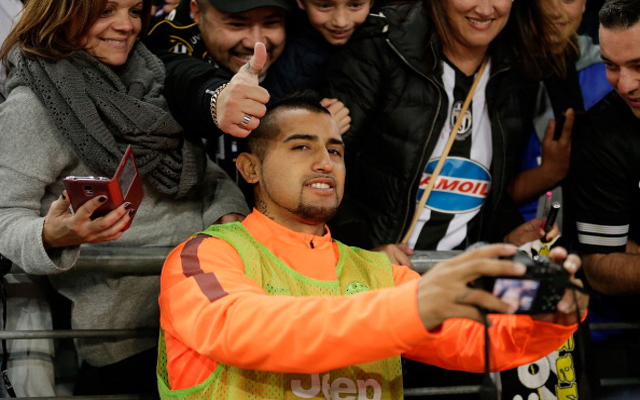 The Chilean has been on the Old Trafford radar for weeks and some sources claim that the 27 year old has already agreed a big money contract with the Premier League side.

A move for the playmaker would certainly offer Louis van Gaal a fresh option in the final third and a real goal threat to boost his Man United attack.

Vidal has scored 28 goals in 95 Serie A appearances and could be open to a Turin exit following the departure of boss Antonio Conte earlier this summer.