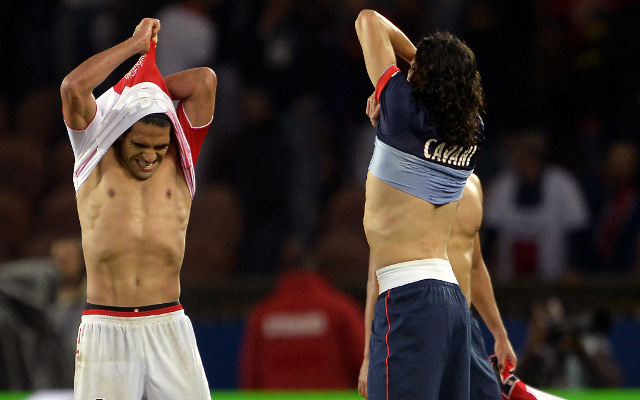 What the Frenchman had to say on the South American duo.

For the second summer running Arsenal have been strongly linked with moves for both Paris Saint-Germain striker Edinson Cavani and AS Monaco’s club record signing Radamel Falcao, according to the Daily Express.

Before Cavani made the £52.7m switch to PSG from Napoli and Falcao completed his £50m move from Atletico Madrid, both South Americans were on Arsene Wenger’s radar in 2013.

In the end no move materialised for either forward, but since Olivier Giroud has been struck down with an ankle injury that could see him sidelined until 2015, the rumours have arisen once more.

Both Cavani and Falcao are unsettled at their respective Ligue 1 clubs and Wenger is a known admirer of the duo from what he had to say about them 12 months ago.

“I believe it’s very difficult to make a difference because for me they are very similar. They have an animal aspect inside of them. Both of them are animals,” the Frenchman was quoted by Goal.

“But both of them, I love. And honestly, not to protect one or the other, but it’s very difficult to make a difference between the two.”

Falcao appears to be the most likely prospect for the Gunners as his agent Jorge Mendes is said to have met four clubs, including the North London outfit, to discuss a possible move.