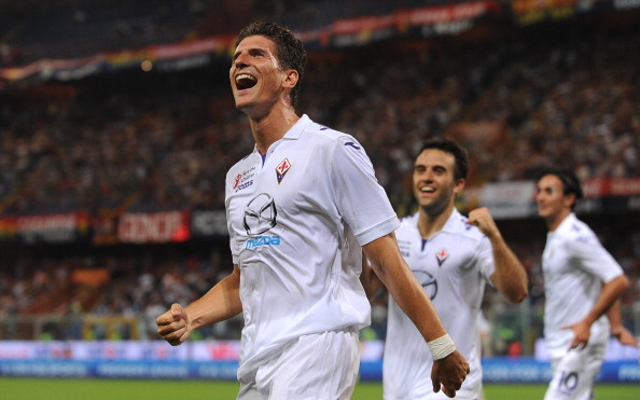 Chelsea could try their luck with a late-summer bid for Fiorentina striker Mario Gomez as an injury to Diego Costa and the imminent departure of Fernando Torres looks set to leave them short of options upfront.

Blues boss Jose Mourinho has previously stated that his work in the transfer market for this summer is complete, but it is now understood that he is considering a number of options for one more signing upfront with the news that Torres is nearing a switch to AC Milan.

Costa’s potentially lengthy injury has also forced Mourinho into the transfer market, and it is expected that Chelsea will table an offer of around £20m to sign prolific German forward Gomez to add to their options in attack.

The 29-year-old was regarded as one of the best strikers in the world just a couple of years ago during his time with Bayern Munich, though he has had a difficult few seasons after falling out of favour at the Allianz Arena before moving to Fiorentina last summer.

Gomez’s time in Italy has not gone that smoothly either, as he made only nine appearances in Serie A last term due to missing most of the campaign through injury, though Mourinho remains a long-time admirer of the player and his goal-poaching instincts.

Manchester United striker Javier Hernandez has also emerged as a surprise target for Chelsea, though the Blues are not optimistic that the Red Devils will be willing to sell the Mexican international to one of their closest rivals, with reports today suggesting a move to either Juventus or Valencia is looking more likely.

Still, Gomez could prove a decent alternative if he gets back to his best, and he has enjoyed a full pre-season this summer to get back to full fitness and match sharpness.

Having missed out on a place in Germany’s World Cup-winning squad this summer, Gomez will no doubt be keen to prove himself at the top level again, and could jump at the chance to make the move to a bigger club, playing in arguably the most competitive league in Europe.