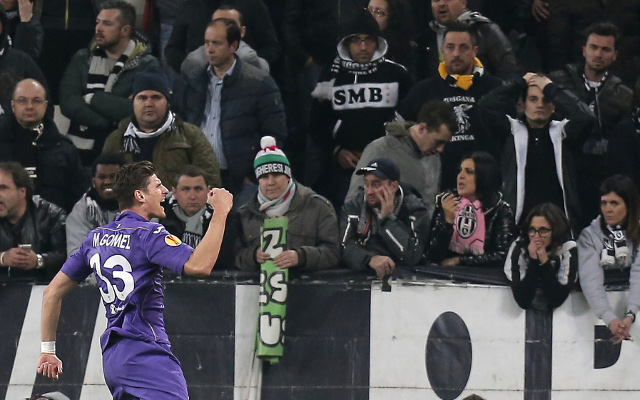 After another fourth-placed finish in Serie A last season, Fiorentina will be desperate to find the key to unlocking the door to the top three and the Champions League.

Vincenzo Montella has transformed the Viola into an attractive yet consistent team, although the breakthrough that the club are searching for continues to elude them.

Given that they were without front pairing Mario Gomez and Giuseppe Rossi for most of the season last year due to injuries, it is testament to the Coach and the rest of the squad that they were still able to push on for fourth spot.

Although they did eventually finish 13 points adrift of Napoli, Fiorentina showed enough to suggest that they are capable of sustaining their current level. However, with Rossi set to miss the opening weekend of the campaign, injuries continue to be a worry.

The Gomez-Rossi partnership showed signs of great promise at the start of last season, but ultimately they were denied the opportunity to develop their understanding on the pitch as both spent significant time in the treatment room.

If Montella can get the duo on the pitch in regular action, then there is no reason why they can’t push on and continue their development, but that remains the stumbling point for the club.

The additions of Marko Marin and Jose Maria Basanta amongst others add quality and depth, but perhaps the biggest bonus this summer was keeping hold of Juan Cuadrado.

Although there is still time left in the transfer window for the situation to change, it is widely expected that the Colombian international will remain in Florence and he is vital to Fiorentina’s system and overall progress.

Montella has implemented an enjoyable style of play that has received significant praise from the neutral over the past two years, but there is a risk that the club could stagnate. Their achievements thus far are commendable, but it is now surely the time to kick on and prove that they can compete with the top teams in Serie A.

While many expect Juventus and Roma to compete for the Scudetto and break away from the chasing pack, Fiorentina are amongst a group of teams that will target third place.

Napoli perhaps should be considered favourites at this stage, but the likes of Milan and Inter will have their say and the Viola must be prepared for the challenge.

What they will benefit from is having a settled squad which will likely give them an advantage early on in the season as their rivals hope their new signings acclimatise to the league and find their role within the team.

Whether or not they can displace Napoli in third remains to be seen, but Fiorentina will certainly be in the conversation come the business end of the season.

Most Impressive Business This Summer: Keeping hold of Juan Cuadrado.