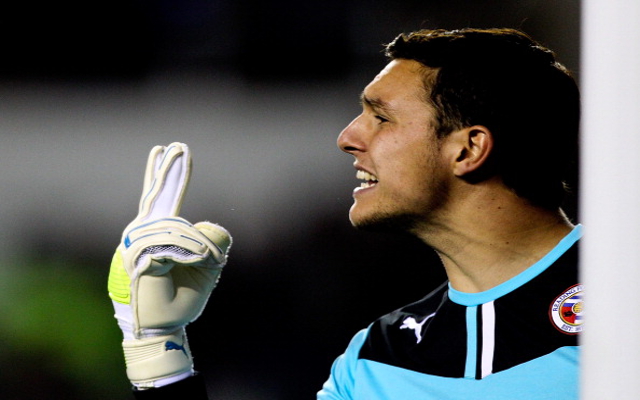 Liverpool said to be in talks with Reading over a £4m move for goalkeeper Alex McCarthy after hijacking his switch to QPR while he was having a medical with the west Londoners, according to the Metro.

The Reds are on the lookout for a new goalie to rival first-choice Simon Mignolet, and had been in negotiations to sign Sampdoria’s Sergio Romero.

However, reports in  the Sun are now suggesting that Liverpool are making an all or nothing bid for the 24-year-old despite the fact that he is currently having a medical with Queens Park Rangers.

The report claims that Brendan Rodgers has matched the £4m offer made by the Premier League new boys and is now holding talks with the former England under-21 international in an attempt to convince him to head for Anfield instead.

Sources close to QPR are claiming that they are confident a deal can still be complete, though Liverpool would be able to offer the player higher wages and steal the move from under QPR’s noses.

McCarthy has been with Reading since 2007, and having spent time on loan with eight different clubs he has still managed to clock up 75 appearances for the Royals.