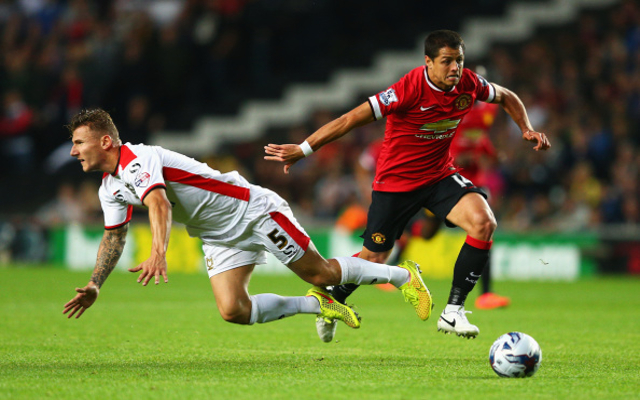 Javier Hernandez heading to either Juventus or Valencia.

Manchester United are still looking to offload Mexican striker Javier Hernandez, report the Star, with European duo Valencia and Juventus fighting it out for the signing of a player who has lost his way at Old Trafford.

The report suggests that Serie A champions Juventus remain as United’s favoured destination for the player, as it may help them to secure a deal for midfielder Arturo Vidal, although the Red Devils’ hopes of signing the Chilean international seem to be fading fast.

Hernandez has been involved under Louis van Gaal at the start of this season but has failed to find the back of the net, whilst his abject display in the shocking 4-0 defeat to MK Dons in the League Cup may have convinced the Dutchman to step up his efforts to move on a player whose Old Trafford career has faded after a fine beginning.

Premier League rivals Southampton have also been linked with a move to Hernandez, but it is likely that the Mexican would favour either a move to Juventus, who are once again in the Champions League, or Valencia – where the well-backed Spaniards are expected to launch a serious challenge for qualification for next season’s competition.