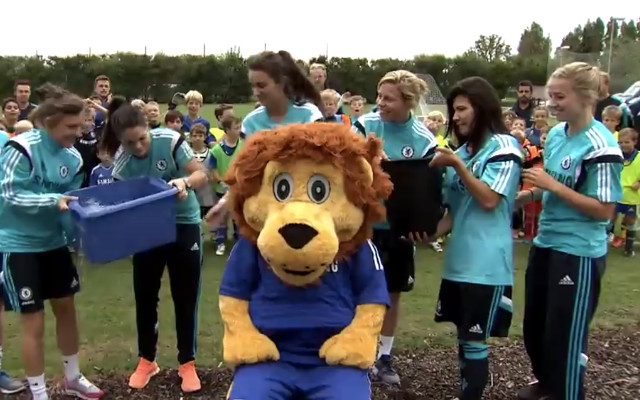 Chelsea mascot Stamford the Lion was soaked in an Ice Bucket Challenge earlier this week.

The Blues cat, who had been nominated by Arsenal beast Gunnersaurus, was severely splashed by members of Chelsea’s Ladies team.