Five new signings who could make their debut this weekend…

It has been a busy week of transfers as teams look to complete their squads before the window slams shut on Monday. Here are five new signings that could make their debut this weekend: 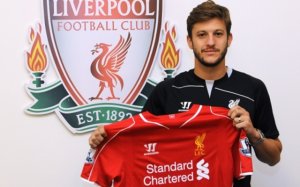 Adam Lallana’s move from Southampton to Liverpool was completed back in July, but an injury as so far prevented him from making his debut. However, various reports are suggesting that the £25m midfielder could be in line for his first appearance for the club against Tottenham on Sunday.