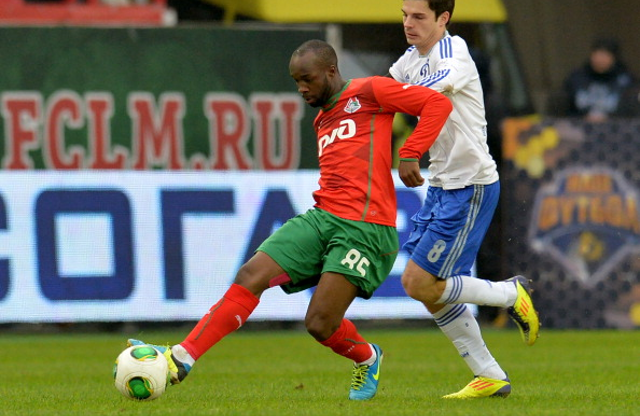 French midfielder is close to returning to the Premier League…

Former Arsenal, Chelsea, Real Madrid and Portsmouth midfielder Lassana Diarra has arrived in London for a medical ahead of his move from Lokomotiv Moscow to Queens Park Rangers.

The well-travelled midfielder is likely to become Harry Redknapp’s seventh summer signing although, according to reports in the Daily Mail, his lofty wage demands could still prove a stumbling block.

Diarra, 29, wants £80,000-a-week to complete the move, despite falling out with Lokomotiv coach Leonid Kuchuk and refusing to train, causing him to be sacked by the Russia side earlier this week.

The Frenchman played under Redknapp at Portsmouth, where he made 24 Premier League appearances and won the FA Cup. It was Redknapp’s influence that helped establish Diarra’s reputation, with him having only been a fringe-player during his time with Chelsea and Arsenal.

His performances earned him a move to Real Madrid in 2009, where he made 87 La Liga appearances during a three-year spell. Short stints followed with Anzhi Makhachkala and Moscow before he decided to return to the Premier League.

He has appeared 28 times for his country, but has not played since 2010, when he missed out on the World Cup due to injury.