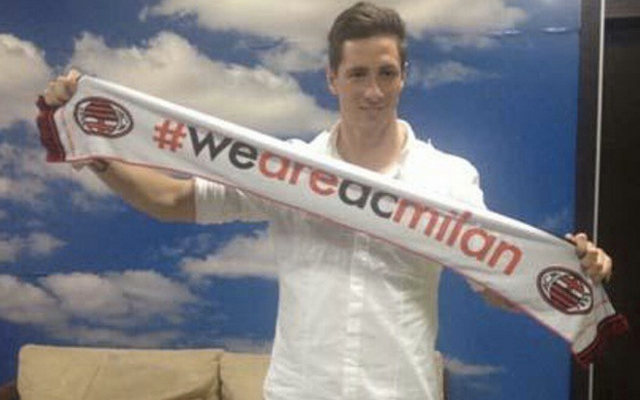 Chelsea striker Fernando Torres has been unveiled as an AC Milan player after completing a two-year loan move from Stamford Bridge.

The 30-year-old Spain international appears to have played his final game for the Blues, despite still being officially under contract with the London club until June 2016.

Torres has landed in Italy and he had his picture taken with an AC Milan scarf on Saturday afternoon.

The below image was uploaded to Milan official club website, along with the message: “@ft9_official just arrived to AC Milan!”

Torres will not play against Lazio on Sunday, but he could make his debut for the Serie A side in next month’s trip to Parma.