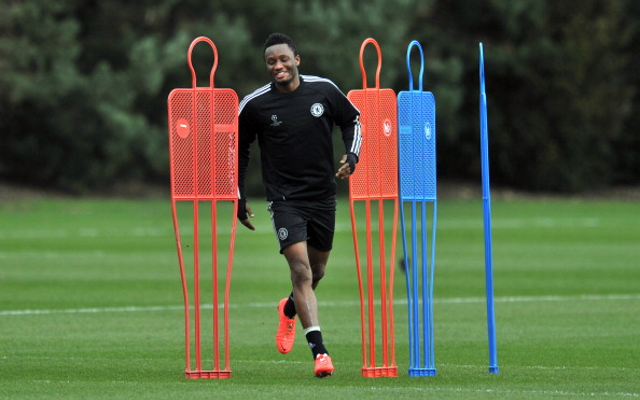 Liverpool could be set to make surprise offer to Chelsea for the signing of midfielder John Obi Mikel after switching their focus from former Arsenal star Alex Song.

With the Reds keen to bring in a defensive midfield player before the transfer deadline, it could be that Brendan Rodgers will try his luck with a move for Mikel, who has not been a regular for Chelsea in recent times, despite a long and successful career at Stamford Bridge.

It had looked as though Liverpool could look to bring in Song from Barcelona as the Cameroon international became available for transfer, though their interest looks to have cooled as he now looks more likely to make the move to West Ham United.

Mikel could prove a decent alternative in that role in front of the back four, with the experienced Nigerian international known for being a solid and reliable performer in his long association with the Blues, though some fans may be concerned that his arrival would not be the most ambitious of transfer deals.

Liverpool have been active in the transfer market so far this summer, bringing in big names such as Mario Balotelli, Adam Lallana and Dejan Lovren, though Reds boss Rodgers is also known for his fondness for a bargain wherever possible, with Mikel likely to be available for around £11m after falling down in Jose Mourinho’s pecking order.

The 27-year-old only made 24 Premier League appearances for Chelsea last season and now faces increased competition for places following recent signings of Nemanja Matic and Cesc Fabregas, while the London giants have also been looking into the possiblity of signing Real Madrid midfielder Sami Khedira for much of this summer.

Mikel could prove a useful signing for a relatively low price, and it would continue a recent trend of players moving between these two clubs, with the likes of Fernando Torres, Yossi Benayoun, Daniel Sturridge and Victor Moses all switching between Anfield and Stamford Bridge in the last few years.