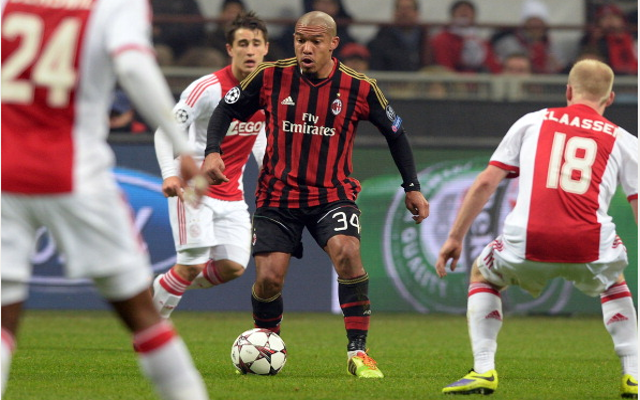 Louis Van Gaal is desperate to add some reinforcements to Man Utd’s central midfield before the transfer window closes.

The Daily Star (http://www.dailystar.co.uk/sport/football/396580/Louis-Van-Gaal-ready-to-strengthen-Man-Utd-midfield-with-bid-for-Nigel-De-Jong) reports that Van Gaal is worried about a lack of quality in Man Utd’s central midfield. That has been compounded by the recent injuries to Ander Herrera and Michael Carrick.

The Dutchman is unsure about the quality of the remaining midfielders that he has available to him so he will look to sign De Jong, a player he knows well from his time in charge of the Dutch national team.

De Jong is rated at £10 million by his current club AC Milan. The Dutch enforcer is reportedly interested in talking to the Premier League giants as it would give him an opportunity to be re-united with Van Gaal.

United look set to make an approach for De Jong within the coming days but may not stop there in trying to solve their problems in midfield.

The Red Devils are also thought to be interested in signing Liverpool midfielder Joe Allen and maybe willing to pay as much as £20 million for the Welshman.