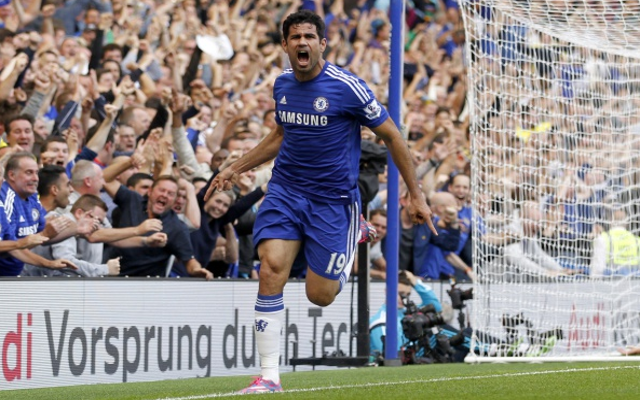 Spanish striker Diego Costa has picked up his second goal of the evening at Goodison Park to put Chelsea 6-3 ahead, already leaving him in pole position for the Premier League top goalscorer award.

Some eyebrows were raised when Jose Mourinho spent more than £30 million on bringing striker Diego Costa to the club from Atletico Madrid this summer, but the Spanish international is already starting to repay the Blues for their huge investment. He scored his second goal at Goodison Park with a cool finish, racing onto a pass from John Obi Mikel and slotting the ball beyond Tim Howard – is he now a clear favourite to end the season at the top of the Premier League goalscoring charts?