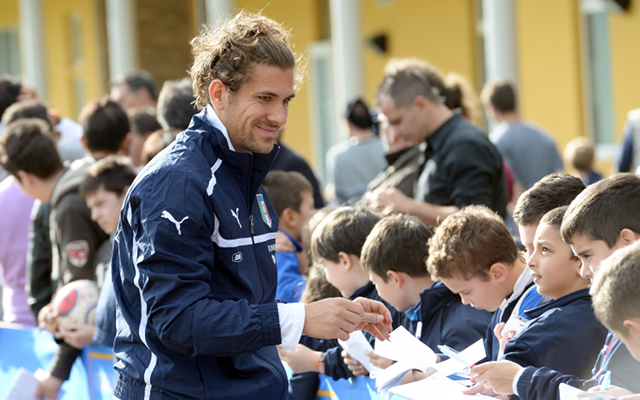 Gunners miss out on another forward player.

Arsenal target Alessio Cerci has completed his move from Serie A side Torino to La Liga champions Atletico Madrid, according to Italian football insider Tancredi Palmeri.

The trusted journalist, known for breaking reliable transfer information via his Twitter account, has tweeted that Cerci has made the move to the Vicente Calderon, in a deal that has supposedly been in the works for the last ten days.

The 27-year-old was one of the stand-out performers in Serie A last season, scoring 13 goals from out wide and attracting big interest from a host of top clubs throughout the summer transfer window.

Arsenal have been strongly linked with the Italian international in the last couple of days, and looked in a good position to snap him up after he was left out of Torino’s squad for a match against Inter Milan this weekend, though it now looks as though Atletico have won the race for his signature.

The Spanish giants have made a number of exciting signings this summer, bringing in Mario Mandzukic from Bayern Munich and Antoine Griezmann from Real Sociedad after losing some stars of their own in Diego Costa and Filipe Luis.