The transfer window has just a couple of days left to run, but there are still several big-name players seeking a move to the Premier League. Here are five: 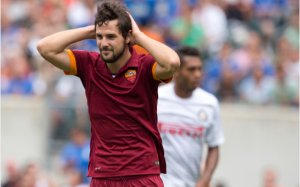 Chelsea were linked with the striker in a proposed switch involving Fernando Torres. However, Torres instead joined AC Milan, and North London rivals Arsenal and Tottenham are the remaining contenders for the players signature. Conversely, Sky Sports reports suggest that the Blues are still interested in the 23-year-old Italian.