There will be plenty of talent on show as Arsene Wenger’s multimillion-pound stars take on the team that won the Championship by a nine-point margin last season.

It is likely that there will be lots of talent in the stands too, in the form of the players’ wives and girlfriends.

We have rounded up pictures of five hot WAGs from each team. 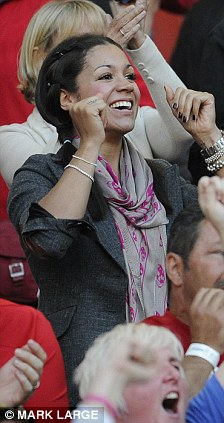