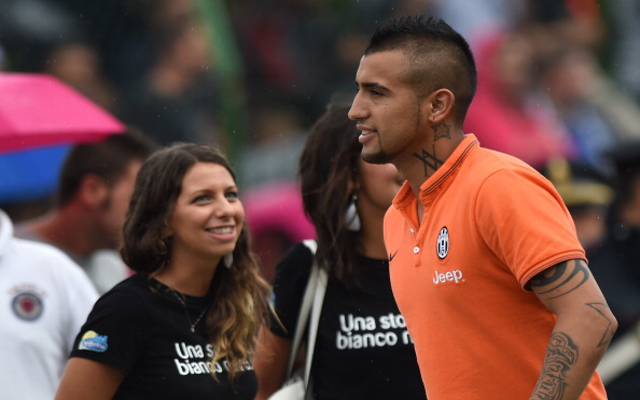 Man United are seemingly edging closer to completing a long awaited deal to sign Juventus playmaker Arturo Vidal with the Old Trafford side lining up a final bid for the Chilean according to the Metro.

Louis van Gaal is looking to bring in the 27 year old to boost his attacking midfield options and Man United are willing to fork out £30m for the South American, which is just £5m short of Juventus’s £35m valuation.

‘Vidal has trained well during the week. The knee must be managed, but will start against Chievo,’

‘As I said many times now, he is important to us, and therefore will remain at Juventus.’

Vidal has played a key role in three successive Serie A title triumphs, netting 28 goals in 95 appearances, but his side’s inability to make an impact in the Champions League and the departure of manager Antonio Conte as factors that may lead to a transfer request.

Man United have already spent over £130m on new players this summer with van Gaal bringing in Ander Herrera, Luke Shaw, Marcos Rojo and Angel di Maria thus far. However his side’s poor start to the Premier League season may well lead to a push to bring in further additions before the transfer window slams shut on Monday evening.