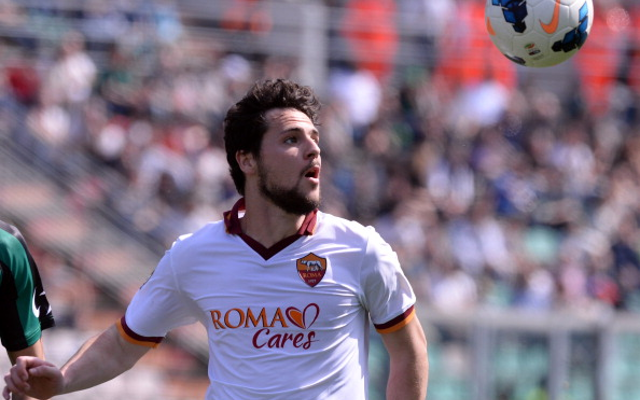 Real Madrid could be lining up a late summer swoop for AS Roma striker and rumoured Arsenal target Mattia Destro, according to Fichajes.net.

The Spanish giants are keen to bring in a backup centre-forward to Karim Benzema before the end of the transfer window, with the likes of AS Monaco star Radamel Falcao and Manchester City’s Alvaro Negredo also being linked with the club.

However, Destro is also attracting a lot of interest this summer after his fine form in Serie A last season, with Arsenal and Chelsea both believed to be among the main contenders to snap up the £20m-valued attacker.

The 23-year-old scored 13 goals in just 20 appearances in something of a breakthrough season for Roma last term, and his fellow countryman Carlo Ancelotti is said to be a big admirer of his.

There could still be a number of twists and turns before the transfer deadline, with so many top-class strikers being targeted by big clubs, and much of what happens with Destro will depend on how the sagas involving the likes of Falcao and Negredo resolve themselves.

Real have already brought big names such as James Rodriguez and Toni Kroos to the Bernabeu this summer.