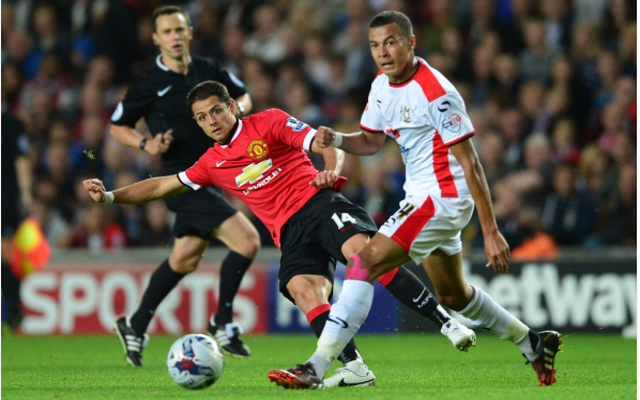 Real Madrid are set to make a late summer move for Man United striker Javier Hernandez according to El Confidencial.

The 26 year old doesn’t appear to be part of Louis van Gaal’s starting eleven plans, left on the bench for Man United’s goalless draw with Burnley after an ineffective display against the MK Dons, and one imagines Chicharito would jump at the chance of a move to the Spanish giants.

Carlo Ancelotti could well do with further central striking options having sold Alvaro Morata to Juventus and therefore heavily relying on French international Karim Benzema for the goods.

Real Madrid have also been linked with an interest in Man City’s Alvaro Negredo, who is of course a former Bernabeu player, though Ancelotti may prefer to bring in Hernandez.

The Champions League holders are ready to offer €20m (£15.8m) for the Man United bit-part player, a sum that Man United may well feel is acceptable.

Hernandez has scored 59 goals in 154 appearances for Man United, of which 69 were from the bench.