CaughtOffside rates the Liverpool players for their performances against Tottenham…

Flick through the pages below to read our full list of ratings for Liverpool’s performance against Tottenham in their Premier League clash. Mario Balotelli impressed on his debut, but it was Raheem Sterling, Steven Gerrard and Alberto Moreno who scored the goals in a 3-0 win. 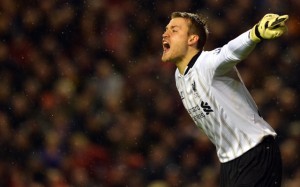 Made one excellent stop to deny Nacer Chadli, and continued hos good start to the season.

Glen Johnson faces a real battle to win his place in the team back from the impressive young Spaniard.