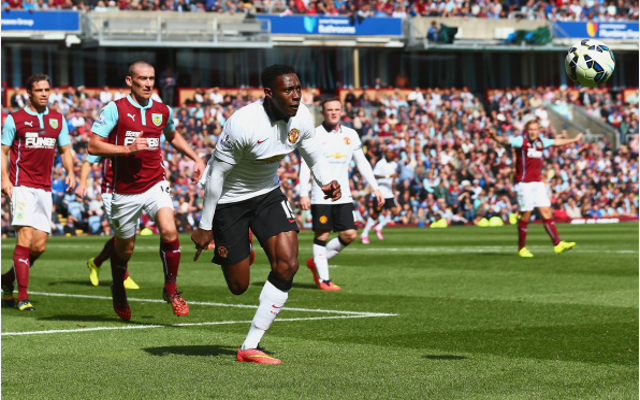 Tottenham are reportedly closing in on a late transfer window deal to sign Man United striker Danny Welbeck according to Goal.com.

The White Hart Lane side are ready to pay £2m to loan the Old Trafford star with Man United boss Louis van Gaal seemingly keen to offload the 23 year old.

Arsenal, Newcastle, Sunderland and Hull are all said to be keen on Welbeck but the England international is thought to favour a move to join Spurs.

Tottenham boss Mauricio Pochettino is keen to strengthen his attack and having seen his side draw a blank at home to Liverpool the Argentine may be very keen to secure Welbeck before the transfer window slams shut on Monday evening.

Welbeck netted nine goals in 25 Premier League appearances last term, ten of which were from the bench, his most prolific campaign to date but is still some way down van Gaal’s pecking order and may feel the time is right for a fresh challenge.

A move for Welbeck could offer Pochettino the opportunity to sell flop Roberto Soldado.

Tottenham are willing to pay the whole of Welbeck’s salary during his loan spell in north London.