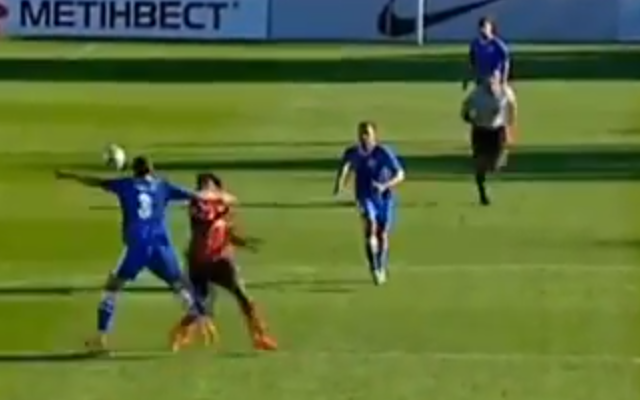 The defender did not get sent off!

The Brazilian was knocked unconscious and was subbed midway through the match, but Chyzhov was unbelievably allowed to remain on the pitch.

Watch the violent tackle below.