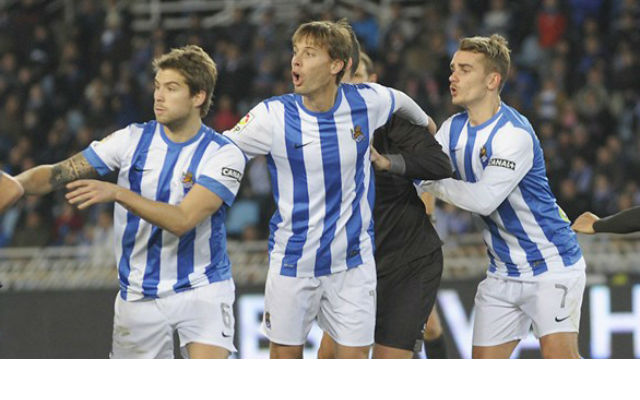 Aston Villa have made a transfer deadline day bid for Real Sociedad midfielder Sergio Canales, according to reports in the Metro.

The Real Sociedad man is believed to have been targeted by Villa boss Paul Lambert as he looks to bolster his squad before tonight’s cut-off.

Reports from the Daily Telegraph’s John Percy cams that Villa have made a late approach for the 23-year-old as Paul Lambert looks to make his sixth summer signing behind Philippe Senderos, Kieran Richardson, Joe Cole, Aly Cissokho and Carlos Sanchez.

However, both Paul Lambert and chairman Randy Lerner will have to act fast if they hope to have the move wrapped up before Monday night’s 11pm deadline.

Canales had been considered a huge prospect in Spanish football when he began his career at Racing Santander. He quickly earned a move to Real Madrid but injuries blighted his time at the Bernabeu, and following a loan spell with Valencia he joined up with Sociedad in January.