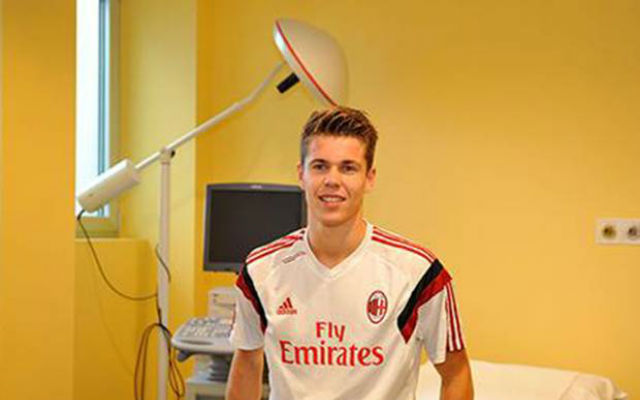 Italian side AC Milan have announced that they have signed Chelsea youngster Marco Van Ginkel on a season long loan, the Independent reports.

Van Ginkel completed a medical on Monday morning with the Italian outfit and spoke of his delight at being able to link up with the Rossoneri.

“I am very happy to have arrived in Milan,” Van Ginkel told the club’s official website. “A lot of Dutch players have played in this great club, big names.

“I spoke to (AC Milan’s Holland international) Nigel De Jong and he told me very good things about this club.”

The midfielder only linked up with the Blues last summer after impressing with their Eredivise feeder club Vitesse Arnhem, but spent the majority of the campaign on the sidelines with a knee injury.

However, the 21-year-old is looking to make up for lost time by earning a spot in Filippo Inzaghi’s first team to help them make their long awaited return to European football.

He will now link up with fellow former Chelsea star Fernando Torres, who joined the club last Friday.