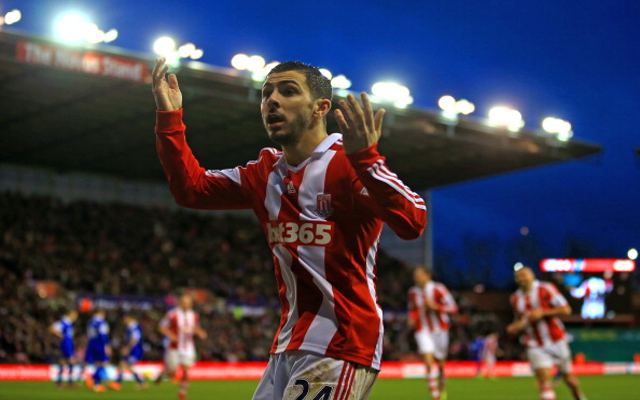 Moroccan winger back at the Britannia Stadium.

Stoke City have pulled off a piece of late transfer window business, with the Potters securing the return of winger Oussama Assaidi from Liverpool on a season-long loan deal.

#AssaidiReturns Stoke City are delighted to welcome Oussama Assaidi back to the Potteries on a season-long loan deal pic.twitter.com/lalgE98qGK

The Moroccan international spent last season on loan with Mark Hughes at the Britannia Stadium and impressed, largely as a super sub, with his pace and trickery causing all manner of issues for Premier League defences.

The 26 year-old arrived at Anfield from Dutch Eredivisie outfit Heerenveen in 2012 as one of Brendan Rodgers’ first signings as Liverpool boss, but he made just four Premier League appearances for the Reds as he struggled to establish himself as an important part of the Anfield set-up.

Stoke were expected to have a quiet transfer deadline day, but an injury sustained by wide forward Peter Odemwingie during the weekend’s victory at Manchester City has encouraged Mark Hughes to return for a player who the Potters have been pursuing for much of the summer.

A loan deal has been on the cards for some time, but there had been wranglings between the two clubs over the loan fee that was to be paid by Stoke, but it would appear that this impasse has been broken and Assaidi is now a Stoke City player once again.