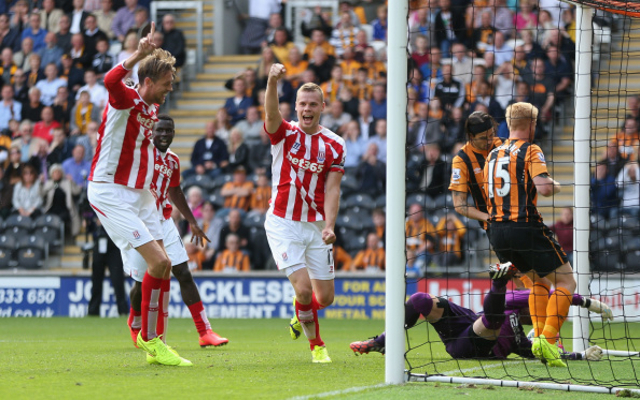 Check in to West Bromwich Albion vs Everton

Everton are reportedly hot on the heels of Stoke City centre-back Ryan Shawcross according to the Sentinel.

Roberto Martinez is apparently looking to complete an £8m deal to sign the England international which is perhaps not a surprise given that his side shipped in six goals against Chelsea on the weekend.

By all accounts the former Man United man is set for a Goodison Park medical.

The 26 year old has been a rock solid performer at Stoke City for a number of seasons but may feel a move to Everton would benefit his overall career progression and would afford him the chance of seeing Europa League action this season.

Shawcross could certainly offer Martinez a strong option at the back and an £8m fee seems a fair price to pay for a player with a good grounding of Premier League experience.

Stoke City signed Shawcross, initially on loan, back in August 2007 and he has made 288 appearances for the Potters.