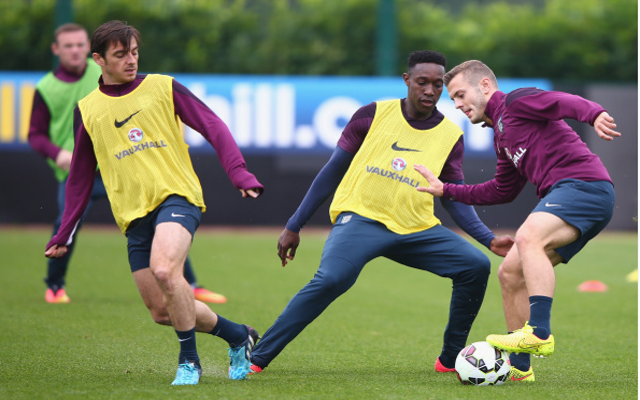 Arsenal are set to sign Man United striker Danny Welbeck on an initial season long loan deal that will set Arsenal back £4m.

The north London side will have the option of making the temporary move a permanent one at the end of the 2014/15 and it’s believed that the England international will be handed the number 29 shirt as Arsene Wenger seeks to strengthen his Gunners attack.

Having seen Olivier Giroud sidelined until the new year with a fractured foot Arsene Wenger has been frantically looking to bring in reinforcements and that search went into overdrive following his side’s inability to put away their chances at newly promoted Leicester City.

Welbeck is said to be a target for a number of Premier League sides, with boss Louis van Gaal informing the 23 year old that he is not part of his first team plans, with the likes of Sunderland, Hull City and Tottenham all interested in bringing in the Old Trafford attacker.

Wenger is keen to bring in the versatile Man United man, who can play either out wide or in a central striking role, with neither Yaya Sanogo or Joel Campbell having much in the way of top tier experience.

With Theo Walcott still out injured and Lukas Podolski still not back to full fitness following the 2014 World Cup finals there is certainly a read need for further options in the final third.

Last term proved Welbeck’s most prolific to date with the Man United striker netting nine goals in 25 Premier League appearances, of which ten were from the bench.

Welbeck is currently away with the England squad ahead of their mid-week friendly clash with Norway and the subsequent Euro 2016 qualifier with Switzerland.

Should Arsenal look to make the move for Welbeck a permanent one it’s believed that Man United will demand around £12m.