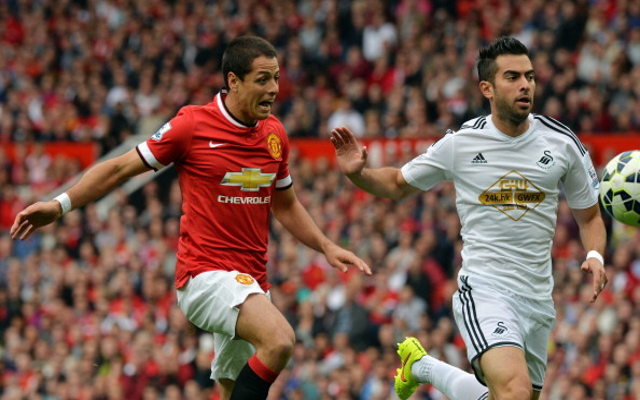 It appears that Man United bit-part player Javier Hernandez is set to join Real Madrid with the Mexican arriving in the Spanish capital for his medical.

Javier Hernandez has arrived in Madrid. Subject to medical. pic.twitter.com/kFTmPrCwwD

Chicharito will complete a loan move to the La Liga side according to the Daily Star and will offer Carlo Ancelotti a back-up option to French forward Karim Benzema.

Hernandez has struggled to retain a foothold in the Man United starting eleven, making just six Premier League starts last term, and may fancy his chances of unseating Benzema.

A move away from Old Trafford will leave Louis van Gaal open to bringing in AS Monaco goal machine Radamel Falcao, also on a temporary basis.

Javier Hernandez has netted 59 goals in 154 appearances for Man United, of which 69 have come from the bench.