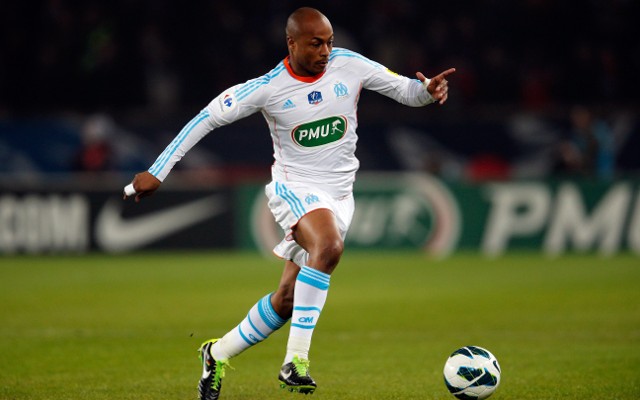 The two biggest spending English clubs in this summer’s transfer window, Liverpool and Manchester United, are set to go toe-to-toe for the services of Marseille’s impressive and versatile midfielder Andre Ayew, reports the Express.

Both the Premier League giants could make a move for the Ghana international, who has just turned down a move to Steve Bruce’s Hull.

Ayew can be deployed in a number of positions, but is perhaps most comfortable on the wing. However, he’s equally adept in a no.10 role, and has even been used as a deep-lying playmaker in the past.

The deal seems unlikely though, as Liverpool and United have far more pressing areas to address with only hours of the transfer window remaining.

United are crying out for defenders having not yet signed a centre-back, and need a holding midfielder as well. Liverpool have enjoyed a successful transfer window already, and while further additions seem unlikely, a backup goalkeeper would improve an already impressive squad.

Ayew is quick, can pass the ball, and has an eye for a goal too – but after rejecting a move to Hull, in all likelihood he’ll stay in Ligue 1.