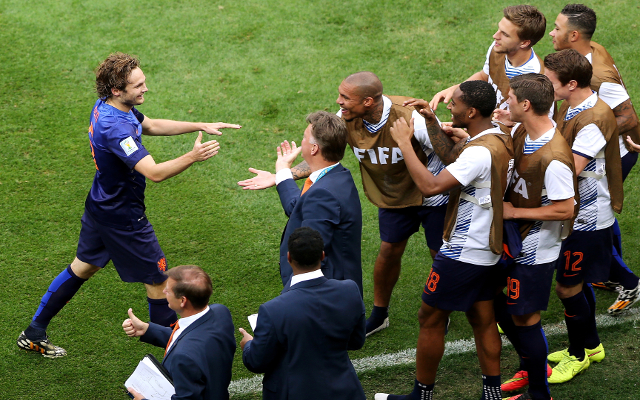 Man United are set to unveil their latest signing today with Dutch international Daley Blind completing his move to Old Trafford according to the Daily Star.

The 24 year old has passed a medical and agreed personal terms on a £16m move from Ajax to the Premier League side where he will become Louis van Gaal’s fifth summer signing.

Blind can play in a variety of roles both across the back as well as in a defensive midfield slot.

The Ajax man is eager to play in any role van Gaal deems fit, stating;

“I don’t mind at all, as long as I get minutes on the field

“Did I speak with Louis van Gaal in the last few days about the role I am going to play at United? We did have some informal contact, but the conversations which took place stay between him and me.

“I just want to be part of the team, in whatever role that is going to be, in defence or in midfield.”

Blind follows the signings of Luke Shaw, Ander Herrera, Marcos Rojo and Angel di Maria and will be a signing that can offer additional strength in depth.

Man United have started the season poorly, securing just two points from their opening three Premier League games as well as crashing out of the Capital One Cup at the hands of League One side MK Dons.