Manchester United are set to continue their huge deadline day of spending with a move for Colombian midfielder Fredy Guarin from Inter Milan, report the Express, after a deal to bring Daley Blind to the club from Ajax was confirmed.

United are also expected to confirm a loan move for Guarin’s international teammate Radamel Falcao from AS Monaco, who is currently undergoing a medical at Carrington ahead of a deal to bring him to Old Trafford for the duration of the 2014/15 season ahead of a potential permanent move.

Guarin has been linked with a number of clubs this summer ahead of an apparent exit from the San Siro, where he has spent two years since signing from FC Porto, where the 28 year-old enjoyed an extremely successful spell.

An energetic box-to-box midfielder capable of scoring goals, Guarin would add yet another dimension to the United team that is currently missing from Louis van Gaal’s set-up, as the Dutchman looks to navigate United through a rocky patch that has left them winless after four games this season in league and cup.

A 0-0 draw at Burnley this weekend only highlighted United’s problems, but the deadline day captures of Blind, Falcao and potentially now Guarin look set to get United fans excited once again. 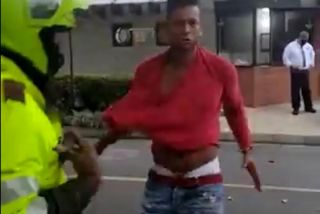