The most dramatic deadline day moves in previous years…

Transfer deadline day is here, and before we get started on arguably the busiest 24 hours in the footballing calender, CaughtOffside takes a look at the ten most dramatic final day moves: 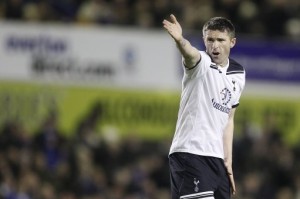 Having been signed by Liverpool in the summer of 2008 for an initial fee of £19m, the Irishman sealed a dramatic switch back to former club Spurs in January 2009 – with Tottenham paying just £12m.