Ten stars who look set to stay put this summer…

Transfer deadline day is here, but ten stars look set to stay put after a summer of speculation. CaughtOffside looks at the players teams will regret missing out on this summer: 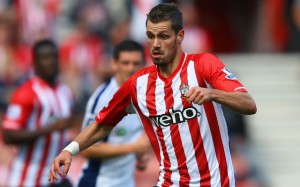 Linked with Arsenal and Tottenham throughout the summer, but Southampton stood firm and refused to allow another of their star players to leave. He would have been a great addition for either North London side, and expect him to be linked with one or both clubs again in January.