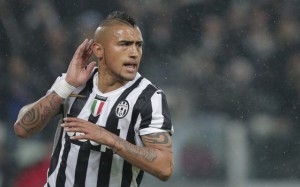 The Chilean was involved in the transfer saga of the summer, as rumours continually linked him with a move from Juventus to Manchester United. It seemed inevitable that the deal would eventually be completed, but it looks likely that he will now stay put, with United having moved on to other targets.