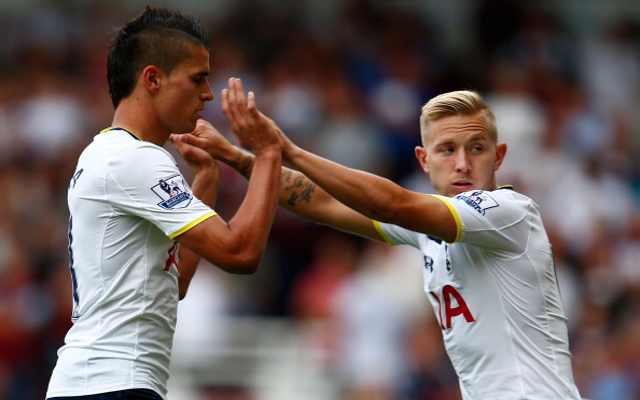 Tottenham Hotspur midfielder Lewis Holtby has wrapped up a deal to join Hamburger SV on a season long loan, according to the Bundesliga club’s website.

“Lewis is a suitable strong technician who will be good for our game with his creativity. He has already played a lot of games at only 23 years-old, both in the Bundesliga, the Premier League and internationally, and will bring to us a lot of experience,” said Dietmar Beiersdorfer.

Hamburg had originally been linked with a move for the 23-year-old earlier on in the summer as question marks had been raised over the future of captain Rafael Van Der Vaart.

Van der Vaart now looks likely to remain at Imtech Arena but Hamburg have pushed ahead with a deal for Holtby, who arrived in Germany on Monday morning to finalise a year-long switch with the view to a permanent deal.

Holtby spent the second half of last season on loan with Fulham, where despite his best efforts, the club ended up slipping down to the Championship. He was not favoured by both Andre Villas-Boas or Tim Sherwood, and so far this term he has been afforded just the one appearance but Mauricio Pochettino.

Christian Eriksen, Erik Lamela and Nacer Chadli are currently ahead of Holtby in the pecking order and he was an unused substitute as Tottenham were beaten 3-0 by Liverpool, and recently spoke of his frustration.

“We’re just going to have to see what happens in the next few days and weeks,” he told t-online.de when asked about the possibility of a move.

“I’m a young player and I want to be playing all the time. That’s very important for me, for my development and for my career.”